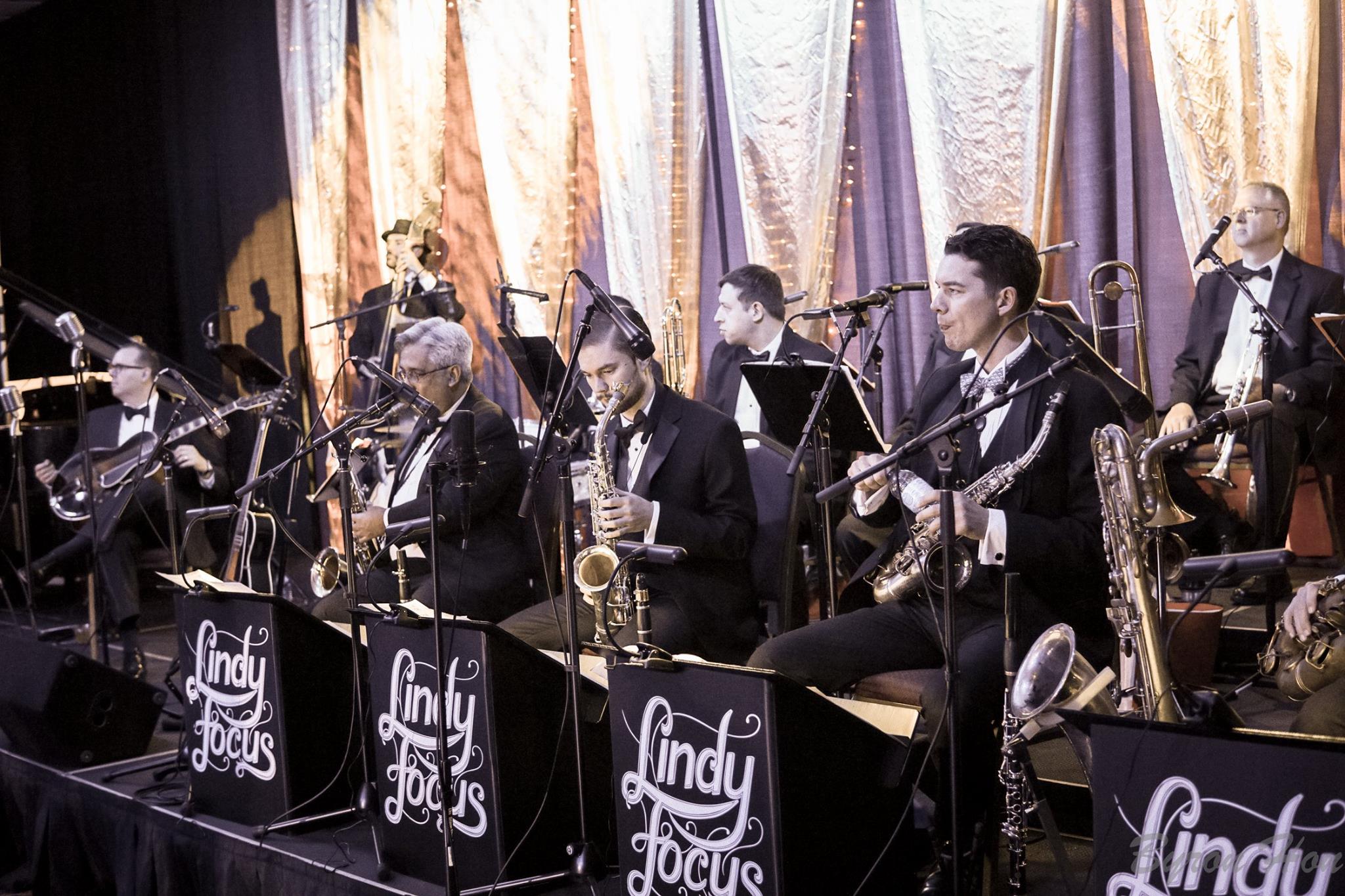 The Jonathan Stout Orchestra, featuring Hilary Alexander is the nation’s premier swing dance big band. Like an upsized version of the Campus Five, the Orchestra showcases the big band sound of the late 1930’s and early 1940’s, and is the most danceable big band anywhere. The 15-piece Orchestra captures the unmatched excitement and true rhythmic pulse of the Swing-era. The band follows the templates of Benny Goodman and Count Basie – orchestras that are aggressive and tight, and filled with all-star soloists that bring the fire on every song, regardless of tempo.

The Orchestra was founded because promoters demanded a full big band that was as danceable and exciting as the Campus Five. Jonathan and Hilary responded with a big band that was designed to be the ultimate swing dance orchestra. Like the Campus Five, the Orchestra has the true the sound and feel of the Swing-era, because that is what makes real Swing music so danceable in the first place.

The Orchestra has been featured at Swing dance events across the country: (partial list)