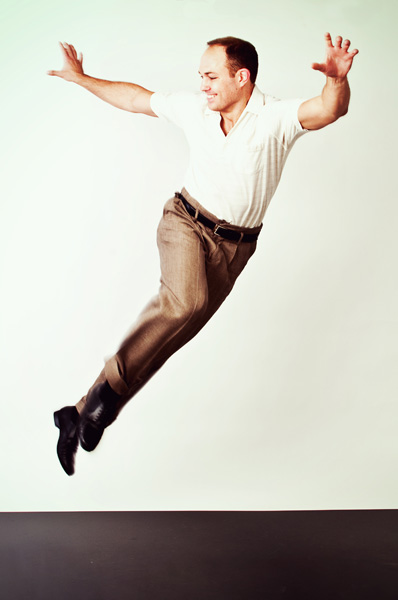 Nick Williams has embodied the passion and spirit of swing dancing ever since his first lesson in 1998. His in depth understanding of Lindy Hop, Balboa, and Collegiate Shag stem from studying with the original dancers.

Nick’s desire for authenticity, combined with his passion for dance evolution, leads to a style known for precision, lightness, musicality and dynamic energy. His successes include World Lindy Hop Champion, U.S. Open Swing Dance Champion, American Lindy Hop Champion, National Jitterbug Champion, International Lindy Hop Champion, Ultimate Lindy Hop Champion, American Classic Balboa Champion and California Balboa/Swing Champion. He is also an accomplished choreographer and has been featured on the hit television show So You Think You Can Dance? As an instructor, he is known for his ability to break down movements and technique to create a fun and light-hearted learning environment. His true love for music and dancing will forever inspire him to learn, teach, and grow. In 2004, Nick was honored to be recognized by the California Swing Dance Hall of Fame.