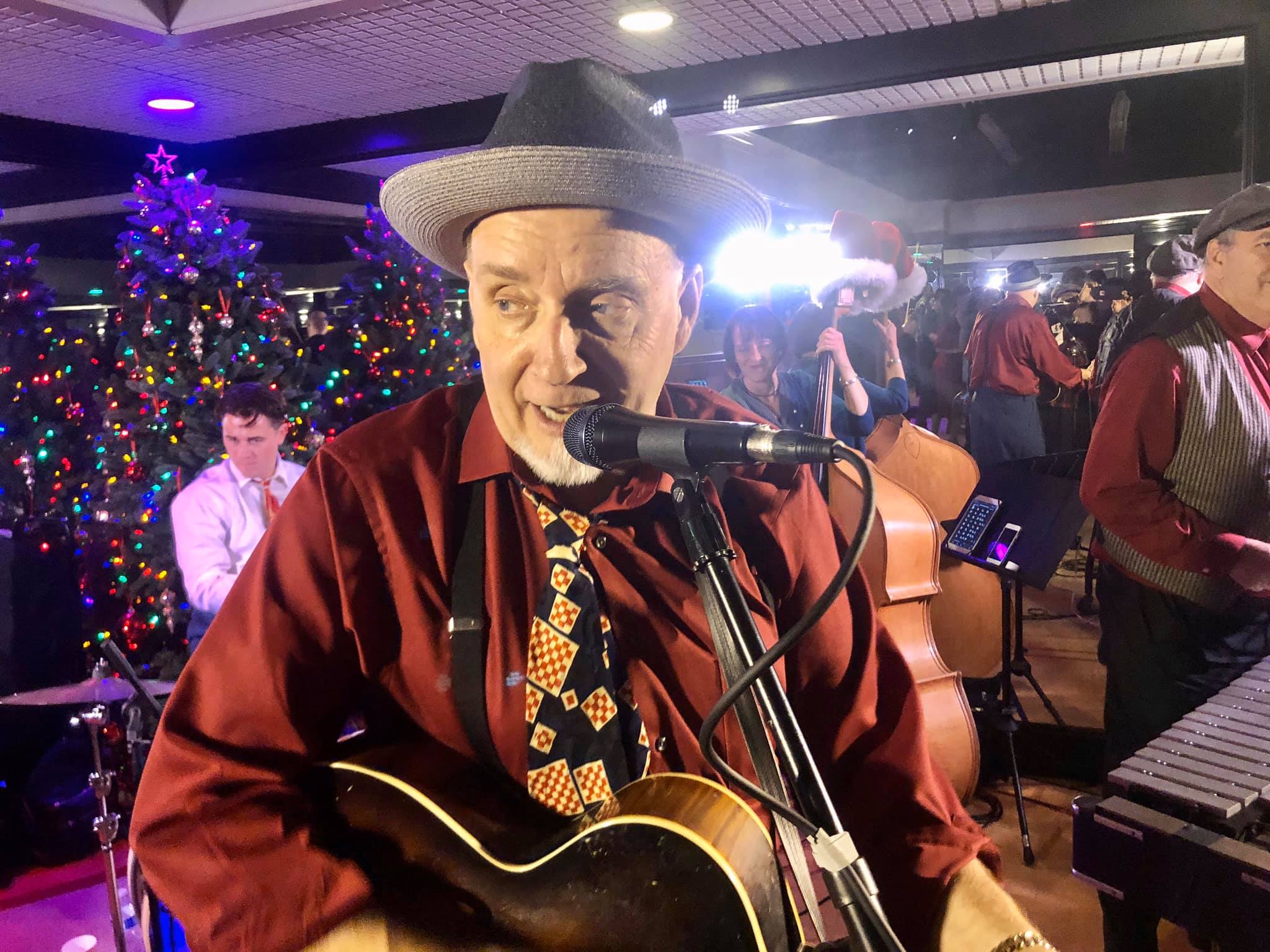 Dave Stuckey hates talking about himself in the third person. Nevertheless, the fact remains that he has been playing music in and around Los Angeles going on 30 years now. Along the way he’s been around the world, sharing the stage with rockabilly legends & traditional/swing jazz hotshots and, while performing, writing, recording & producing, has generally managed to create a wide-ranging ruckus. Rhythm is his business – and business is swell.

Dave Stuckey & The Hot House Gang is a hard-swinging, take-no-prisoners aggregation, playing the standards and not-so-standards from the 1920’s & 30s …and whose main objective is to bring the heat, get you outta your seat,and provoke you to move your feet.

Bringing with him a Murderer’s Row of torrid trad jazz operators from the wilds of Los Angeles, Stuckey’s outfit channels an Eddie Condon small-group drive with jiving vocals that might conjure thoughts of Wingy Manone or Fats Waller.

Calling all cats – that stuff is here and it’s anything but mellow!